Sustainability and America: 5 Things you could expect under the Biden Administration 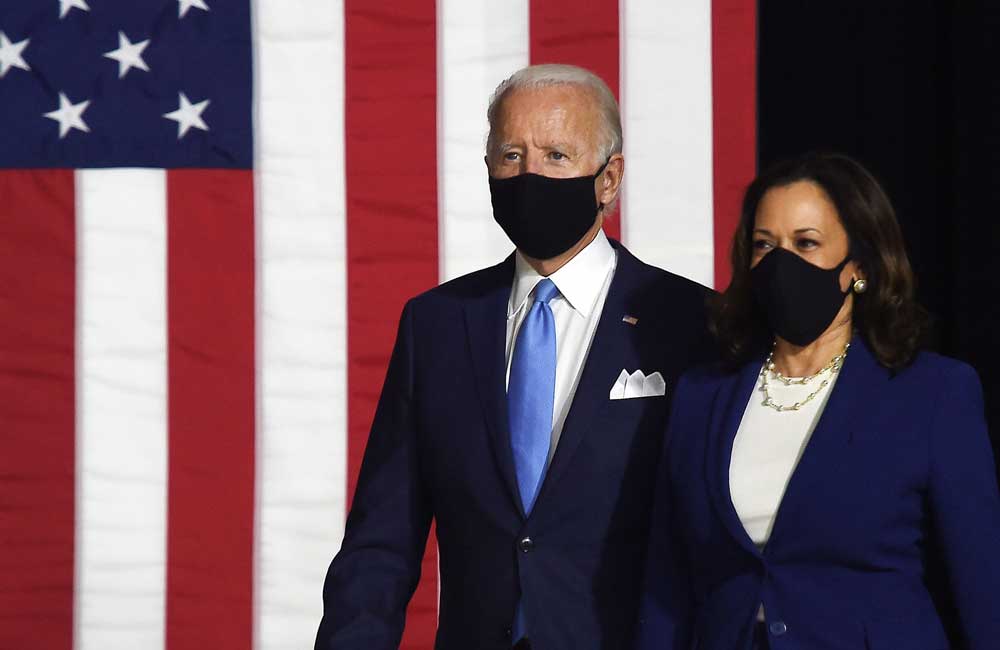 At GBRI, we don’t endorse a particular political party, but we are in favor of the actions of any public body that is in line with our values surrounding sustainability and the environment. While many get lost just in environmental sustainability (there is nothing wrong in that), we must not forget the 2nd (people/society) and the 3rd (economy) pillar of sustainability. We need a balance for a sustainable world. 4 years ago we looked at what would happen if Clinton or Trump won the election in this piece here. GBRI congratulates President-Elect Joe Biden and Vice President-elect Kamala Harris on their historic election win. We look forward with optimism to the new administration’s engagement on environmental, social and governance (ESG) issues.

In addition to withdrawing from the Paris climate agreement – America under President Trump’s leadership has worked hard to remove itself from more than 150 environmental regulations. Using its climate deregulation tracker, researchers at Columbia University in New York have tracked more than 160 significant rollbacks of environmental regulations under the Trump administration. The Climate Deregulation Tracker identifies steps taken by the Trump administration and Congress to scale back or wholly eliminate federal climate mitigation and adaptation measures. Can the next administration under President elect Joe Biden green the economy and lift people up?

Here are top 5 things one could expect under Mr. Biden to put the United States back on a path embracing sustainability.

Top 5 Things you could expect under the Biden Administration

Pulling out of the Paris agreement was a strong message to the rest of the world that the US is no longer interested in fighting against climate change. Though the Trump administration talked about re-negotiating the Paris agreement, nothing has come of that and the US may have made it easier for other countries to halt their progress on reducing carbon emissions.

Under the Biden Administration, the U.S may recommit to the global agreement on climate change. On the same line. Mr. Biden may assemble a “climate world summit” to press leaders of the big industrial nations to cut greenhouse gas emissions more aggressively. This is something he has pledged throughout the campaign. This will not only boost next year’s COP26 negotiations but also implant the concept of net-zero across future G7 and G20 discussions. In addition, this could also extend the financial support to help developing countries finance national low-carbon transitions.

Joe Biden’s strong commitment to a clean energy future will lead to a 180-degree turn on how the United States moves forward in reducing greenhouse emissions domestically and internationally. America under Biden’s leadership may reverse more than 150 environmental rollbacks from the Trump administration. These rollbacks cover everything from car fuel standards, to methane emissions, to light bulbs. You can find the entire list here. In addition, if challenged by conservative majority – Mr. Biden may sign executive orders to cut emissions. These EOs will instruct agencies to develop new methane limits for oil and gas wells, to reinstate and strengthen fuel economy standards, and to tighten efficiency standards for appliances and buildings. This would mean higher standards for fuel efficient vehicles, energy efficient appliances and healthier buildings. Green buildings and sustainability rating systems like LEED and WELL will see the light again.

With more than 50 million cases around the world, COVID-19 doesn’t need an introduction. Millions of people continue to suffer from its impact on mental, physical and financial health. The Biden administration will very likely push to include clean energy provisions in any new economic stimulus measures the administration considers. The stimulus money will most likely positively encourage development around green buildings, clean energy including expansion of the renewable energy sector, and an extension of tax credits for renewable energy industries.

When the US decided to withdraw from Paris Agreement on climate change, more than 900 companies, including Nike, Tesla, Google and Microsoft, joined former New York Mayor Mike Bloomberg’s declaration of defiance with a vow to achieve and exceed the original commitment.  On the same lines, a total of 25 cities, including Boston, Seattle and San Jose, have all been accepted into a two-year acceleration program called The American Cities Climate Challenge to help them meet – or beat – their near-term carbon reduction goals. According to Bloomberg Philanthropies, if 100 cities were enrolled in the program, those cities’ contribution to the Paris Agreement would be met. The new administration under Biden will empower this movement strengthening cities and corporate America’s leadership in fighting climate change and big cities to be climate change leaders. Cities and public companies may be required to disclose climate change-related financial risks and greenhouse gas emissions in their operations.

Join us for a FREE webinar on Climate Change and Health as Dr. Schiller explores the topic and shares her wisdom. LIVE December 9th 12-1PM Eastern Time.

The effects of pollution and global warming is evident in low-income according to several studies. Although not new, the central issues of income disparity and racial inequality in the U.S are more evident in light of the pandemic. The Biden plan promises on creating jobs in environmental sustainability efforts by targeting people of color in diverse, underserved communities and women. A proposed environmental justice advisory board will coordinate policies across agencies and take concrete steps like increasing pollution monitoring in vulnerable communities and creating mapping tools to better understand disparities.  Biden will elevate and reestablish the existing two key environmental justice groups under the White House to report directly to the Chair of the White House Council on Environmental Quality (CEQ), who reports directly to him. These two councils will be charged with revising EO 12898 in order to address current and historic environmental injustice, in collaboration with local environmental justice leaders. That is where social justice meets environmental sustainability.

It is difficult for any President to implement any agenda much less such an aggressive agenda as the Biden environmental sustainability plan. However, one thing is certain already. Joe Biden’s administration will return the country’s focus on environmental sustainability and hopes to create millions of jobs in doing so. The Biden plan is as much about greening the economy as it is about lifting people up. What do you think? Please share your comments below.At GBRI, we do not endorse a particular political party, but we are in favor of the actions of any public body that is in line with our values surrounding sustainability and the environment. GBRI is an online Sustainability Education Provider founded with the belief that the best way to encourage responsible development is to provide resources to the builders, designers and engineers who are crafting our future. Our mission is to make sustainability resources affordable and accessible to everyone across the globe.  With the mission in our mind, we have introduced Webinars with suggested pricing where one could access it for FREE if they are facing hardship or watching it to enhance their knowledge.