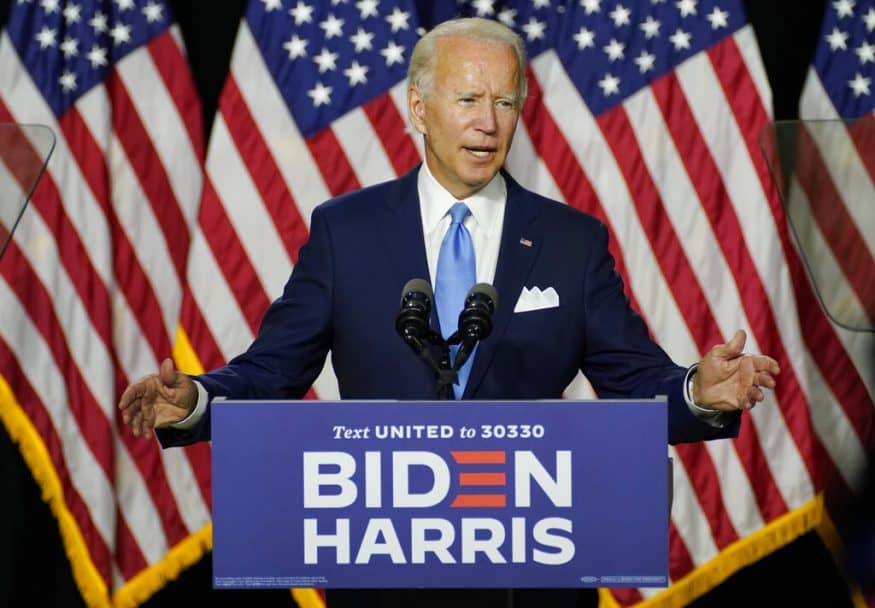 Joe Biden ran on an ambitious progressive platform of which environmental sustainability in the United States and addressing climate change on an international basis were large elements. Calling his plans ambitious is an understatement because they encompass everything from developing a clean energy economy through targeted investments in infrastructure, energy production, and industries to rejoining the Paris Agreement on managing climate change. It is not likely that everything mentioned on his platform will come to fruition, but there will be significant changes and a strong drive to push the United States to a leadership position on environmental sustainability.

Join us for a FREE webinar on Climate Change and Health as Dr. Schiller explores the topic and shares her wisdom. LIVE December 9th 12-1PM Eastern Time

Joe Biden’s strong commitment to a clean energy future will lead to a 180-degree turn on how the United States moves forward in reducing greenhouse emissions domestically and internationally. He wants to put the U.S. on the path to ending the utilization of fossil fuels in the energy sector, manufacturing, and vehicles. This would take a massive effort and an estimated $2 trillion to achieve, but Biden believes converting to clean energy is critical to the long-term success of the country.

Never before has an environmental sustainability plan focused so heavily on justice. The effort to promote net zero carbon emissions will be implemented in a way that promotes the health and economic welfare of underserved communities.

The Biden plan calls for the U.S. energy sector to go carbon free by the year 2035 which would lead to the country becoming a net zero carbon emitter by 2050. Net zero means that any carbon emitted by various sources is balanced out by removing an equivalent amount from the atmosphere through activities like planting forests. To achieve this goal will take a herculean effort.

The Biden platform is available online, so here is a quick rundown. The Biden ‘Build Back Better’ plan blends job creation with building a new American infrastructure and clean energy economy. In the auto industry, the plan is to create one million new jobs in the auto industry, domestic auto supply chains, and auto infrastructure that includes electric vehicle charging stations. The plan includes providing zero-emissions public transportation in cities with more than 100,000 residents, such as light rail networks, and adding bicycle and pedestrian paths, and greening existing transit and bus lines.

Whew! This is a transformation plan, and the items mentioned are just a sample of what is in the Biden plan. The Biden plan focuses on creating jobs in environmental sustainability efforts by targeting people of color in diverse, underserved communities and women. That is where social justice meets environmental sustainability. The clean energy plan has an element for securing environmental justice and equitable economic opportunity. The goal is that 40 percent of spending in clean energy in every sector – housing, power production, workforce training, transit and transportation, pollution reduction, clean water – will be in disadvantaged communities.

What Will Actually Materialize?

The reality is that some of the Biden plan proposals will be accomplished, but not all because politics will enter the picture. However, the federal government will be taking the lead in pursuing environmental sustainability, including creating a new Advanced Research Projects Agency on Climate (ARPA-C) to target innovative advanced technologies needed to achieve the 100 percent clean energy target.

One of the major steps Joe Biden plans on taking is rejoining the Paris Agreement and the World Health Organization. The Obama administration had offered to reduce the U.S. climate footprint by a minimum of 26 percent below 2005 levels by the year 2025. There is speculation that Biden will increase that percent in the next Nationally Determined Contribution submitted to the Paris Agreement climate accord. Biden will work towards the goal by restoring many of the regulations concerning environmental protection that were rolled back during President Trump’s administration. The regulations include things like standards for energy efficiency and vehicle emissions.

The political division in the United States has proven to be a serious barrier to advancing environmental sustainability. One side knows the largest global economy produces 14 percent of the global emissions and believes the country can have a minimal impact and should not jeopardize current jobs when other large economies, like China, are still building coal mines around the world. The other side believes the U.S. must be a leader in transitioning to a green economy while helping developing nations join the effort.

It is difficult for any President to implement any agenda much less such an aggressive agenda as the Biden environmental sustainability plan. However, one thing is certain already. Joe Biden’s administration will return the country’s focus on environmental sustainability and hopes to create millions of jobs in doing so. The Biden plan is as much about greening the economy as it is about lifting people up. What do you think? Please share your comments below.

At GBRI, we don’t endorse a particular political party but we are in favor of the actions of any public body that is in line with our values surrounding sustainability and the environment. GBRI is an online Sustainability Education Provider founded with the belief that the best way to encourage responsible development is to provide resources to the builders, designers and engineers who are crafting our future. Our mission is to make sustainability resources affordable and accessible to everyone across the globe.  With the mission in our mind, we have introduced Webinars with suggested pricing where one could access it for FREE if they are facing hardship or watching it to enhance their knowledge.

LEED AP O+M Exam Guide - Take Your Career To The Next Level‎ With GBRI
GBRI's 10 Best Online Learning Tips While You’re Staying-At-Home
How to become a LEED Inspector
How to Pass the LEED Green Associate Exam
What makes LEED homes so green?