Why Gravity Holds Solutions to All Renewable Energy’s Problems?

Are we too far from achieving a 100 percent clean energy world? Would you consider switching to clean energy if the cost of transition is significantly lowered? What makes you think twice before making the switch?

“Modern problems need modern….” Hold up, because this age-old solution will make you ‘drop’ everything you know about renewable energy. Ladies and gentlemen, we are talking about gravity. Companies, like the American-Swiss startup Energy Vault, are using gravity, a natural phenomenon, to create mechanical energy storage systems . It explains why gravity Holds Solutions to all Renewable Energy’s problems? Sounds like a school project, doesn’t it? Well, it works and that’s precisely why we are going to discuss it in this post.

The idea is to develop a solution that smoothens the world’s transition to clean energy. Energy Vault uses a simple system to produce and store pumped storage hydropower as renewable energy. Just that instead of water, they use gravity. What does the system entail? This mechanical energy storage system is founded on a 70-meter crane that stands tall with six protruding arms at the top. The arms hoist giant 35-ton bricks into the sky to store and release energy. The technology used in the system is based on pumped storage hydropower, a method developed nearly 100 years ago.

What happens when the demand for electricity rises in the region? The system is designed to lower the bricks to fulfill the rise in electricity demand. Lowering the bricks, with the help of gravity, helps release massive kinetic energy, which can be relayed back to the grid.

But, what manages the lifting and releasing of the bricks? This mechanical energy system is essentially run by an AI-powered management system. Thereby effectively determines the parameters required (optimal time to charge, discharge, electricity supply, and demand) to make the system energy-efficient. 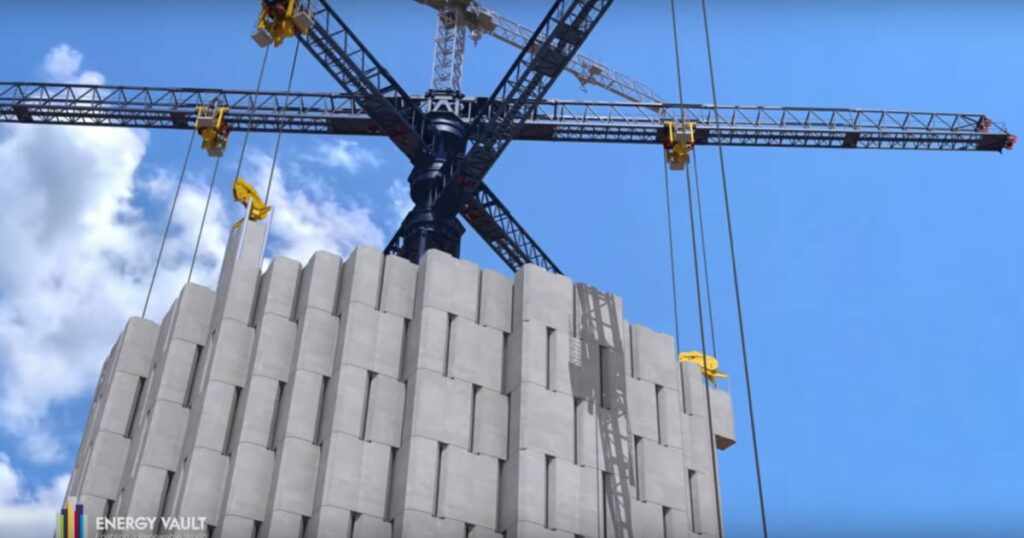 The tower model design works but might fail to comply with international building codes. Therefore, the team at Energy Vault focused on developing a globally acceptable design. So that they use the same bricks and systems. What resulted was a 20-story modular building that the company branded as ‘Energy Vault Resiliency Center.’

The resiliency centers use bricks made from soil and waste products and will be around 100 meters tall. The building is designed to facilitate the efficient movement of the bricks inside. The bricks moves up and down the building on trolleys and the system is again managed by an intelligent AI algorithm.

What about the building’s carbon footprints? The building potentially covers between 1.5 and 20 acres of land, an estimate depending on the storage capacity. Resiliency centers can be built in places where space isn’t an issue. The simple and elegant design of the building makes it easier to construct new existing wind and solar plants.

The concept has gained massive recognition around the world. Energy Vault raised approximately $235 million and even brought in actor and environmentalist Leonardo DiCaprio to bench the company’s strategic advisory board!

Why battery alternatives don’t cut it?

Can we rely on renewable energy sources for consistent power? For sure. But, it’s impossible without active energy storage. Decarbonizing involves making renewables more predictable. In other words, the storage and supply of energy shouldn’t be a hassle. One possible solution to the problem is the use of lithium-ion batteries. These can be charged using renewable sources and used to release energy on demand.

However, such batteries can only hold energy efficiently for the short term. That is approximately up to six hours. The world needs more durable storage as the push for decarbonization ramps up. Another major drawback is that lithium is found only in certain parts of the world and requires mining. This is harmful to the environment. 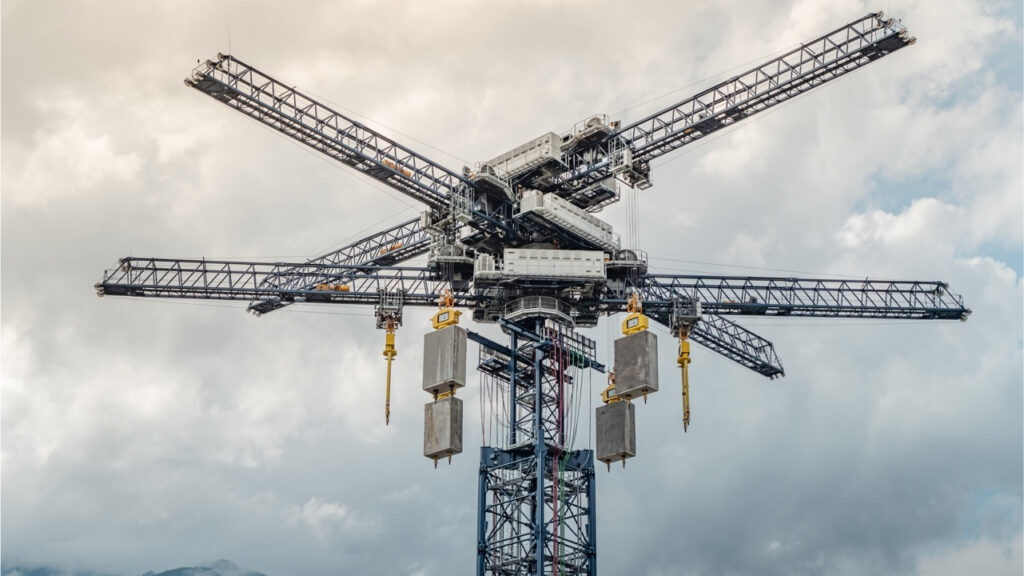 Energy Vault has done it, and so can other energy companies. The world needs such energy-efficient solutions to solve the global energy problems and accelerate our transition to clean energy. To encourage our generation to participate actively in the global cause, we have launched a Climate Change Ambassador Program . This provides you with a massive collection of courses, articles, and meaningful exercises to help you learn more about climate change and become an ambassador for our planet. Check out the new course only on GBRI’s official website.