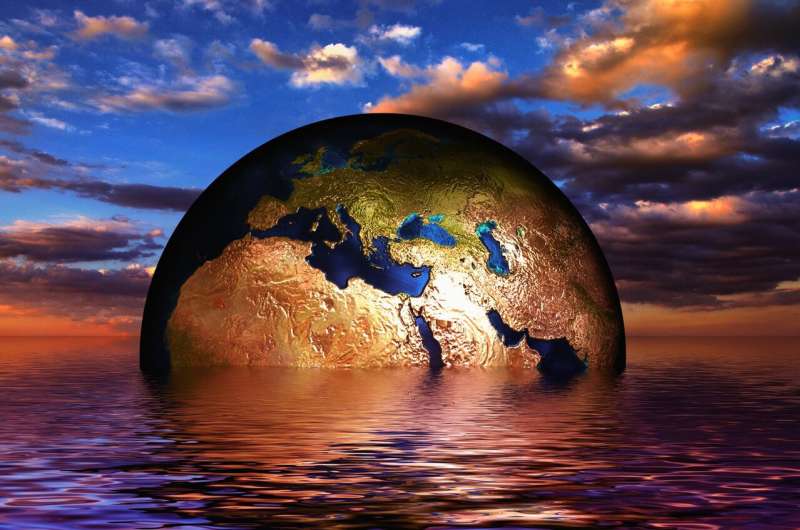 The global temperature has risen 1.18 degrees since 1880. While that might sound like an incredibly small adjustment, that tiny shift in our climate has had significant impacts on our planet that continue to worsen. The ice sheets are melting at a rate of 427 billion metric tons per year. The sea level is rising 3.4 millimeters per year, and we’ve added 326 zettajoules of ocean heat since 1955.  So what does that mean for you and your family? What does it mean for our economy and social system? The impacts of climate change are far greater than they seem, and they’re likely to change everything about our daily lives much sooner than you think.

Climate Change Is Changing More Than the Temperature

We know that fluctuations in our climate are normal, with our planet going through at least seven cycles of glacial retreat and advance in the last 650,000 years. However, the climate change we’re experiencing today is different – it’s proceeding at an unprecedented rate, and it’s obvious that human activity is at the root of the issue.

The evidence of global warming can be seen everywhere you look. The oceans have warmed, with an increase of over 0.6 degrees Fahrenheit (0.33 degrees Celcius) in the top 100 meters since 1969. Globally, the sea level has risen eight inches in the last century, and the rate at which it’s rising is accelerating – in the last two decades it has doubled the rate of the 1900s.

A warming and rising ocean may not seem like anything to worryhttps://climate.nasa.gov/effects/ about, but our globe is one perfectly balanced ecosystem. As we throw one aspect out of line, everything else is affected. For example, the warmer temperatures are increasing our risk of drought, which enhances evaporation, reduces surface water, and dries out soil and vegetation. The droughts then impact water supply, agriculture, water transportation, energy, and public health.

Additionally, climate change causes organic matter in forests to dry out even more than it already would, dries up the soil’s moisture, and, of course, increases the temperature – all factors that increase the risk of wildfires. As a result, the number of large fires in the western United States has doubled from 1984 to 2015. Flooding is also on the rise – the floodplains of the U.S. are expected to grow by 45% by the end of the century due to rising sea levels and extreme weather. (Denchak, 2019)

Invading All Aspects of Life

While we can hear about the wildfires, floods, droughts, and extreme weather on the news, these events can still feel separate from us. It’s easy to compartmentalize these issues – we see that these events are happening elsewhere in the world and while we wish it wasn’t happening to anyone, we are still able to turn the news off and go about our days as normal. Yet this way of thinking is not so true – the effects of climate change are already creeping into our daily lives.

Food prices are spiking as heatwaves and drought impact food production. That correlated to a 20% increase in the price of wheat in the U.S. and Europe for three weeks in 2018. Similarly, coffee prices are soaring as Brazil suffers through its worst drought in recent history, while a shortage in sushi rice is the effect of drought and wildfires in the U.S. (Olick, 2021)

If you like to spend time in nature, go for hikes, and visit beautiful destinations, you’ll notice the visual impacts of climate change. Iconic forests in Colorado have been decimated by forest fires, leaving hikers with a view of nothing but dead trees. The coral reefs are dying at alarming rates, with half of Australia’s Great Barrier Reef dead or dying. What was once a beautiful destination that you could enjoy viewing as you snorkeled on vacation is now bleached white and unable to harbor other life.

Not only does climate change impact daily life, but it’s also driving us apart. Climate change disproportionately impacts poor and marginalized groups, widening the inequality gap between the rich and the poor.  Poorer people, regions, and countries are more exposed to the impacts of natural disasters, including those caused by climate change, than wealthy people. They also lose a greater portion of their wealth when these events occur, and they also have fewer resources to help them cope with the impacts. (Hoffmann, 2021)

Additionally, marginalized groups – racial and cultural minorities, senior citizens, people with disabilities, and more – tend to lack access to the information, resources, and services needed to overcome crises, like those caused by climate change. These groups are more vulnerable for several reasons: geographical location, financial status, and gender. Ultimately, the rich experience minimal impacts due to climate change, while people in marginalized groups or who have less wealth experience far greater negative impacts, further widening the gap of inequality.

Why Is Acting Now So Important?

The planet has already warmed by 1.1 degrees Celsius since the 19th century. We’re already experiencing extreme effects from this increase and we’re on track to hit 1.5 degrees by 2030. The impacts we’re already dealing with – extreme weather events, longer wildfire seasons, bleached coral reefs, chunks of Arctic ice broken apart, mosquitoes expanding territory and therefore spreading disease further – is just the start. An increase of 1.5 degrees would mean we experience the worst impacts of climate change and potentially go beyond an irreversible tipping point, which would alter life as we know it. It would mean more evaporation and more water in the atmosphere, which would cause further impacts on our health, water supply, and agriculture. (Hoffmann, 2021)

It’s not too late. We can slow and even stop our increasing temperature. Also protect the planet and the people and animals that live here – but we have to do it together. So act now. Similar to this  blog on Why Talking About Climate Change Is More Important Now More Than Ever read the rest of GBRI’s climate series to learn more about what we can do to fight climate change.