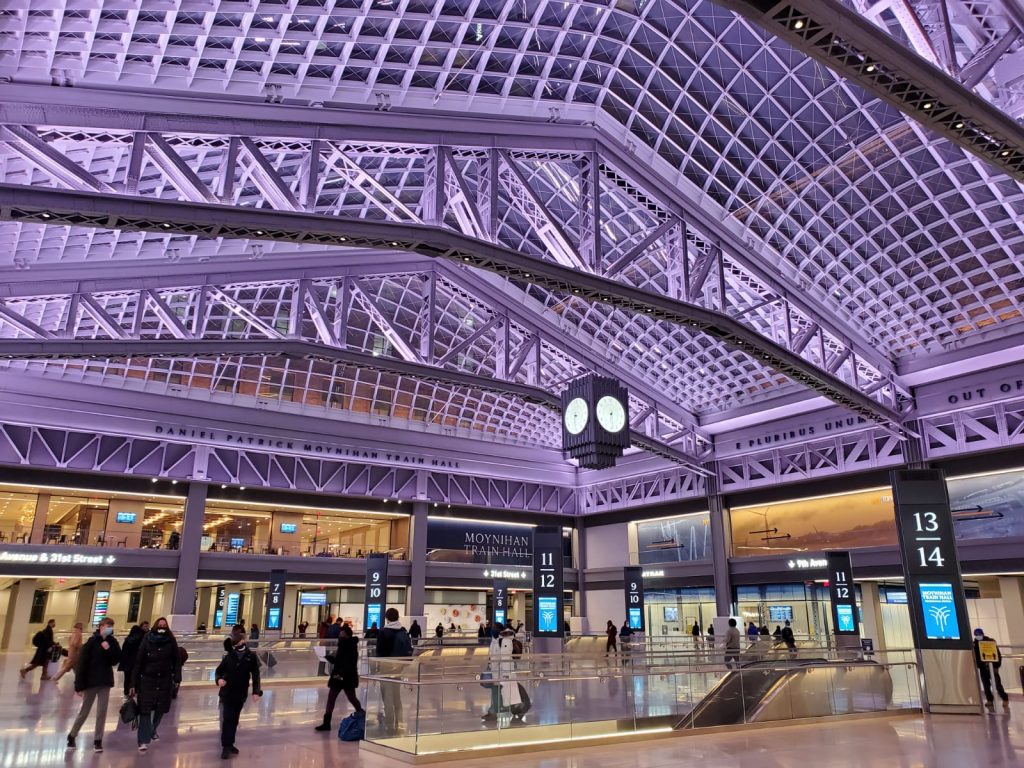 With 92-foot-high glass ceilings pouring in light on even the cloudiest and cold New York day, the new addition of the Moynihan Train Hall was a bright start to the New Year.

The Moynihan Train Hall opened on January 1, 2021 after being under construction for three years. The train hall cost a total of 1.6 billion dollars and is located in Penn Station in New York. The train hall gave the station some much needed space. The hall is 486,000 square feet and provides some much-needed light to Penn station’s mostly underground location. Penn station is the main train station of New York, and the busiest train station in the western hemisphere by 50 percent. The Moynihan Train Hall will allow more space for people waiting and navigating their train routes. Amtrak is the primary train tenet for this new hall.

Where Does the Name Come From?

The Moynihan Train Hall was named in honor of former U.S. senator, Daniel Patrick Moynihan. He led the charge for change in the over- crowded and badly laid out underground Penn station. We think the outcome of the train hall is exactly what Moynihan himself would’ve envisioned.

Why Pick This Design? 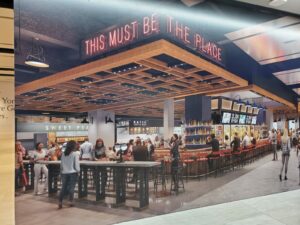 Beside the natural light that the building allows for with its massive skylight roof, the Moynihan Train Hall also is a callback to the former Penn Station, designed by McKim, mead, and white in 1910. This previous and original Penn Station was full of light and beaux-arts styling.

However, in 1965 the station was demolished to make way for Madison Square Garden. This led Penn Station to move entirely underground, allowing for an accommodation of only 200,000 people, far less than the massive swarms of travelers to come through Penn Station’s doors. Currently, before the pandemic changed the world of travel, over 600,000 travelers would pass through Penn Station a day. A change had to be made and the Moynihan Train Station was the solution.

The curved glass that makes the skylight windows up above bring in light just right is made up of over 500 glass and steel panels. The ceiling gives the train hall a more open-air feel.

During the day, much of the light comes naturally in from the ceiling. This saves on energy costs and overall helps our planet. At night, lighting fixtures illuminate the train hall. Also, four large LED screens that have images of New York’s stunning scenery help to bring light to the train hall in a creative way.

A classic large analog clock hangs from the ceiling in the center of the room. The clock is reminiscent of other grand train station clocks around the globe. The train hall connects 9 platforms and 17 tracks that all service the long island railroad and Amtrak. This is a major improvement to the space and layout of Penn Station that will allow for less crowding, which we all can benefit from.

So far, Starbucks is the only retailer on the food hall floor. However, more are expected to set up shop later down the road. There are also waiting rooms, VIP lounge rooms, information desks, ticketing kiosks, and all the essential items of a well-run train station. This is a much- needed change for Penn Station that New York gladly welcomes.

The structure and the design of the Moynihan Train Hall is thought out with purpose and delivered with elegance. With New York’s Penn Station acting as a major hub for all North- East train lines, the extra room and glamour of the new Moynihan Train Hall is just what the city needed to start this new year off right.